Custom Ute Box – The Meaning Of It All 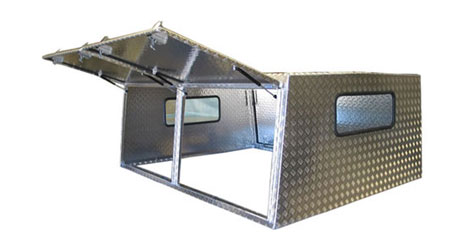 Woo-hoo! Ute Safe thinks all boxes should have a good long life, so what are we doing to end infant mortality. How many different types of Ute Safe box are there? Ute Safe specialises in the custom ute box, and that means we only make as many boxes as you want. We don’t just make a thousand of one type and keep dropping the price until you have bought them all. We just make them exactly the way you want and make exactly the amount you need. If you want one box then that’s what we make you. If you wan’t a thousand, sure, but they are going to be what you need and not just leftovers from what the other guy ordered.

Here is a little known fact. The custom ute box is 82 years old. How did I work that out. The word customise is just the English way of writing a word that the Americans came up with – customize. After the depression, it became a bit difficult for a lot of manufacturers and indicating a willingness to give customers what they wanted created the new word custom-ize. Here in Australia, we just took the English interpretation of this word, customise. The funny thing is, over here in Australia at just the same time and going through the same economic downturn. The word ute was created. The “SUV’s” of today are just another development of the word for “utility coupe”, which also gave us the word “ute”. Fashion’s come and go, but as they say quality is here to stay. Ute Safe believes in quality and giving you, the customer what you want, despite economic downturns, and whatever you want to call your ute.

There is always some box supplier popping up for a short while to offer you a custom ute box. But, if you want a custom ute box to exactly meet your requirement, and you want one, that you can keep for a lifetime, well, Ute Safe has you covered. We listen, we care and everything flows from there.