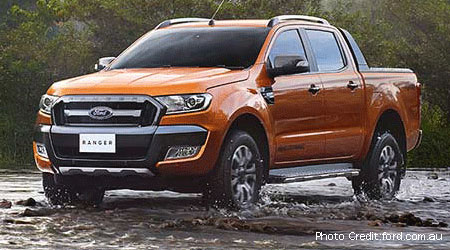 What is a Ute or an SUV?

The word is a shortened form of Utility Vehicle. Australians love to shorten words, probably to eliminate the clutter and get to the heart of the matter. The vehicle we now call a ute has an open carry space in back and a cabin in front for passengers. Originally you could go to church on Sunday and take the pigs to market on Monday, but nowadays you might want to party on a Friday, move a house on Saturday, surf on Sunday and bring home the bacon on Monday. The ute is now a vehicle that comes under the SUV umbrella, Sports Utility Vehicle. Car manufacturers need to sell cars and are constantly repackaging and renaming things. Like S-U-V, three syllables instead of the one, Ute. And we literally buy into this by the thousands.

For a number of years it had been a case of building on an existing vehicle as nothing was readily available off the shelf. It was not until 1934 that the first specifically tasked ute was built. Even then the Ford Motor company called it a coupe utility and it was up to good old Australian knowhow yet again to create the Ute from this Prompted by a letter from a Woman. A married farming couple in Gippsland, Victoria wanted a vehicle that they could wear there good clothes in, and go out with. As farmers, the banks would only lend them money for a car if it could be used as a work vehicle. So in 1933, she wrote to the Ford Motor company which had been started in Geelong 8 years earlier and asked if they could make her the car the family needed.

A light truck with a closed cabin for comfort. The ability to carry a heavy load and a powerful motor and a strong frame to make towing a heavy load a breeze. As the ute has the power of a small truck but is not much bigger than a car, parking is not the nightmare that a big truck or a car with a trailer is. The popularity of the coupe utility, utility, SUV, or plain old UTE is a great Australian story and Ute Safe is proud to be able to help you utilise this incredibly useful vehicle and make it even more useful.